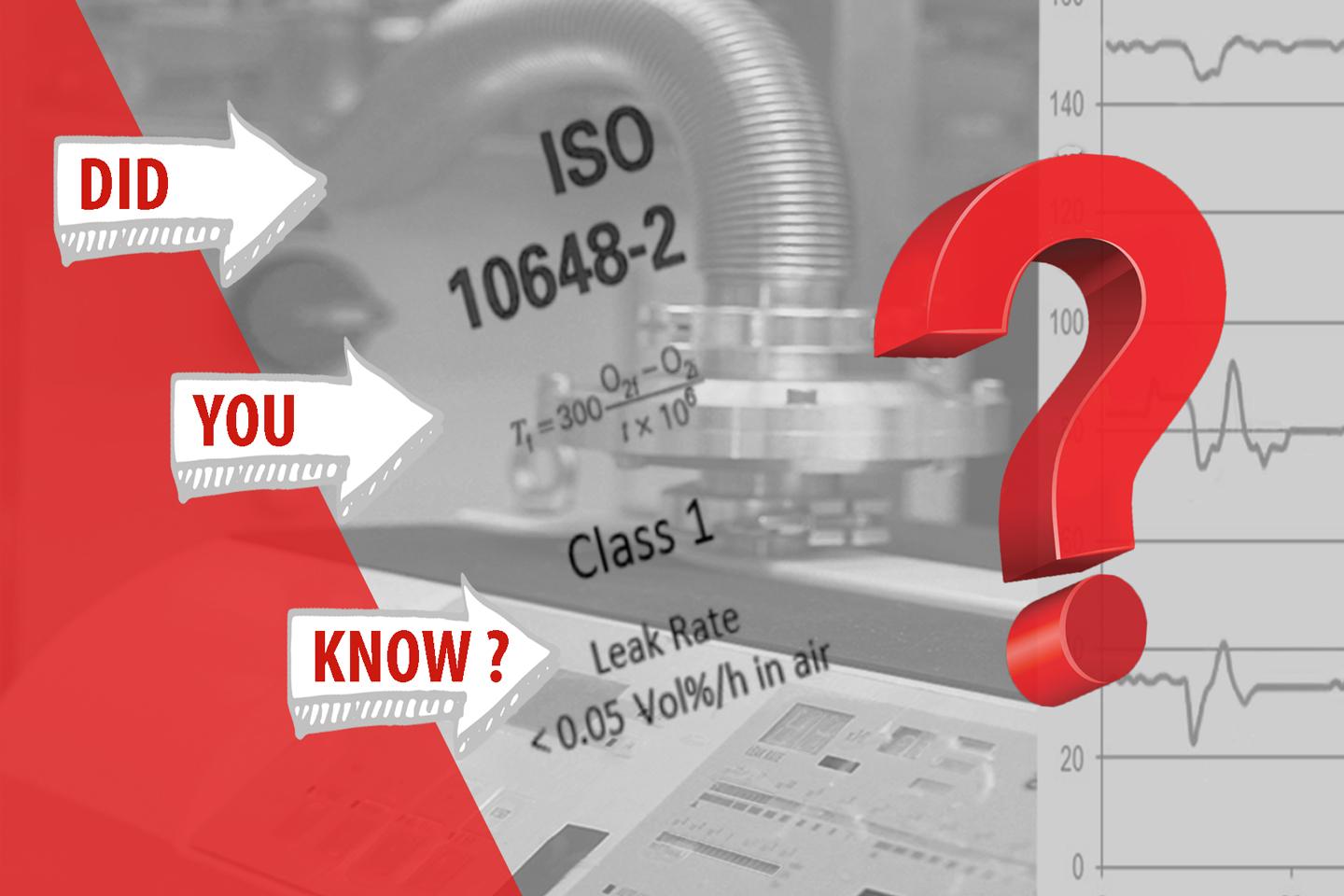 Jacomex is the initiator of the ISO 10648-2 standard that was needed for testing and qualifying glove boxes. This standard is the only standard recognized internationally.

It provides a standard classification of the containment enclosures according to their tightness.

Get a quote now

See all our Glove Boxes and Isolators

As early as the 1970s, Jacomex actively participated with the French nuclear authorities in the establishment of a French sealing standard (Afnor M62200) and manufactured the Oxyfuit device under a CEA license. This device enables glove boxes to be tested using the method known as “oxygen purifier” in compliance with the standard.

At the end of the 1980s, the company had to campaign during the development of the ISO 10648 standard to maintain rigor, especially class 1, compared to the German standard DIN 25412, that is much less strict. Today, practically all Jacomex glove boxes have the excellent Class 1.

Tests to classify containment chambers according to their tightness can be performed at various stages once the glove box is manufactured:

In the last two cases, the tests must be carried out in accordance with local regulations and standards in force.

The ISO 10648-2 standard is applied to the containment systems intended for the realization and manipulations on:

This standard defines 3 test methods, their respective procedures and describes the test conditions to be respected. It categorizes 4 enclosure leakage classes according to their hourly leakage rate and is intended for use by suppliers, manufacturers, competent authorities and users.

Get a Free Quote Without Obligation

Contact our sales team to get a customized quote for a glove box by Jacomex.
Get a quote

Many customers from a variety of industries have trusted Jacomex to design and manufacture their glove boxes, insulators and air purification systems.

All of our products are designed and manufactured in France

We use cookies on our website to give you the most relevant experience by remembering your preferences and repeat visits. By clicking “Accept”, you consent to the use of ALL the cookies.
Cookie settingsACCEPTReject All
Manage consent

This website uses cookies to improve your experience while you navigate through the website. Out of these, the cookies that are categorized as necessary are stored on your browser as they are essential for the working of basic functionalities of the website. We also use third-party cookies that help us analyze and understand how you use this website. These cookies will be stored in your browser only with your consent. You also have the option to opt-out of these cookies. But opting out of some of these cookies may affect your browsing experience.
Necessary Always Enabled
Necessary cookies are absolutely essential for the website to function properly. These cookies ensure basic functionalities and security features of the website, anonymously.
Functional
Functional cookies help to perform certain functionalities like sharing the content of the website on social media platforms, collect feedbacks, and other third-party features.
Performance
Performance cookies are used to understand and analyze the key performance indexes of the website which helps in delivering a better user experience for the visitors.
Analytics
Analytical cookies are used to understand how visitors interact with the website. These cookies help provide information on metrics the number of visitors, bounce rate, traffic source, etc.
Advertisement
Advertisement cookies are used to provide visitors with relevant ads and marketing campaigns. These cookies track visitors across websites and collect information to provide customized ads.
Others
Other uncategorized cookies are those that are being analyzed and have not been classified into a category as yet.
SAVE & ACCEPT